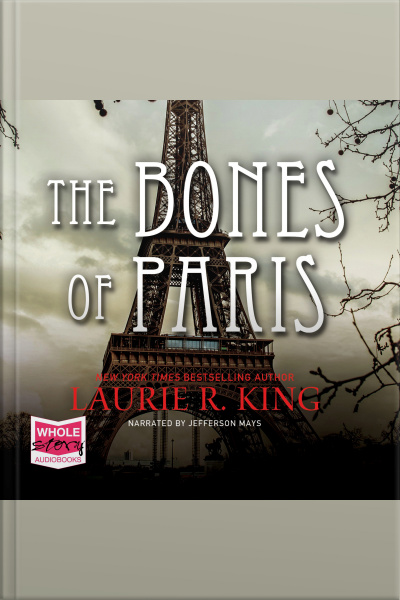 The Bones of Paris

Paris, 1929. For Harris Stuyvesant, his current assignment is a private investigator's dream - he's getting paid to trawl the cafés and bars of Montparnasse, looking for a pretty young woman. The missing person in question is Philippa Crosby, a 22-year-old from Boston, whose family have become alarmed at her lack of communication.

As Stuyvesant follows Philippa's trail through Paris, he finds that she is known to many of its famous - and infamous - inhabitants, from Shakespeare and Company's Sylvia Beach to the surrealist photographer Man Ray. But when the evidence leads Stuyvesant to the Théâtre du Grand-Guignol in Montmartre, his investigation takes a sharp and disturbing turn.

At the Grand-Guignol, murder, insanity, and sexual perversion are all staged to shocking, brutal effect: depravity as art, violence as a form of beauty. Soon it becomes clear that one missing girl is a drop in the ocean. Somewhere amid the glittering city lights hides a monster whose artistic coup de grâce is to be rendered in blood. And Stuyvesant will have to descend into the darkest depths of perversion to find the killer...sifting through the bones of Paris.