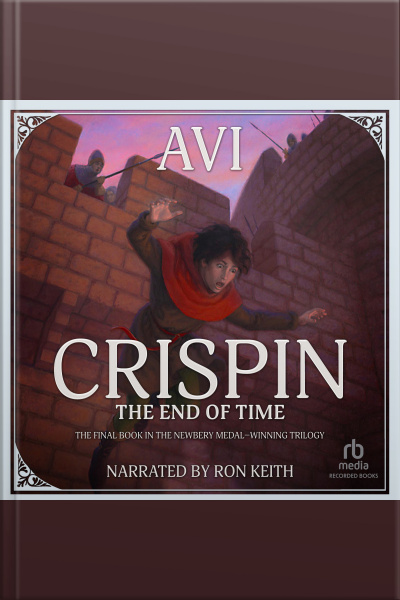 Crispin: The End of Time

Born in 14th-century England, Crispin has embarked on one adventure after another since learning that he, once known only as “Asta’s son,” has a much grander destiny than he ever could have imagined.

But his fate has taken a dark turn. The sweet and kindly Bear, his friend and protector, is dead. Crispin is thereby left to protect Troth, she of the staring eyes and broken face. Having attempted a sea voyage to France—and having their ship and most of their hopes dashed to bits in the process—Crispin and Troth are plagued by hunger and left to fend for themselves. All in all, they have much to fear and scant prospects on which to pin their hopes.

Newbery Medal-winning author Avi completes the Crispin saga with this third installment of the riveting trilogy. Voiced by widely acclaimed narrator Ron Keith, Crispin: The End of Time takes listeners on the journey of a lifetime.