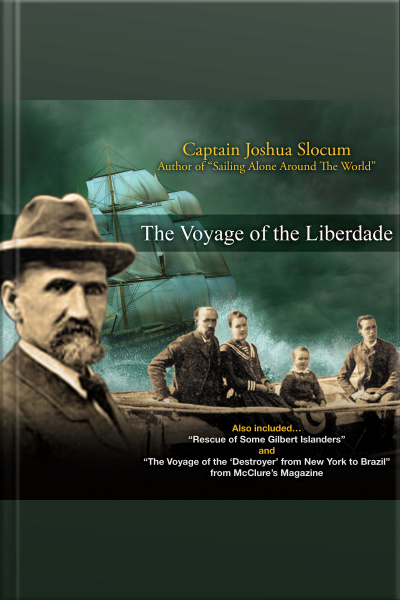 The Voyage of the Liberdade

A tall ship if trapped on a sandvar in 1885, broadsided by heavy seas and doomed to destruction and break-up on a lonely Brazilian beach. This is just the beginning of an incredible sea adventure by a North American sea Captain, his wife and two sons. To returnm his family to saftey, Captain Slocum builds a new boat our of the wreckage of the old. He sails his family along the perilous ocean of the South American coast, crosses the Caribbean Sea and navigates up the cost of the United States to Washington, D.C.. "The Voyage of the Liberdade" is a first person telling of this exciting true adventure. This recording includes two additional adventures written by Captain Slocumn: "Rescueof some Gilbert Islanders" who were lost at sea and "The Voyage of the Destroyer. The Listen2Read American Adventure Library is a series of historic first person acounts of extraordinary adventures by Americans orvisitors to America. The entire series can be previewed at Listen2Read.com