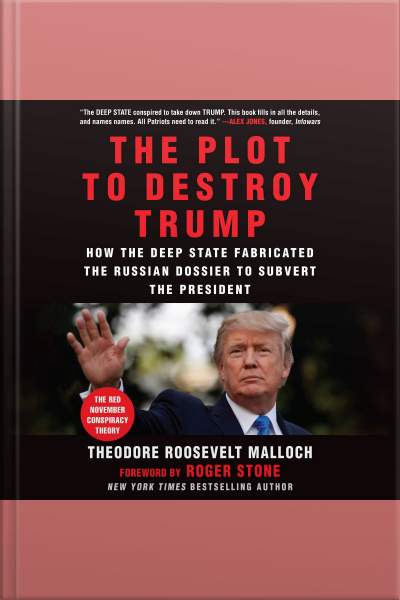 The Plot to Destroy Trump exposes the deep state conspiracy to discredit and even depose the legitimately elected President Donald J. Trump with the fabricated Russian dossier, including:

How does all this tie together? And what does it mean for Trump's presidency and American democracy? Ted Malloch names the players, connects the dots, and explains who was behind the plot to create a red November. With a foreword by New York Times bestseller and Trump confidant Roger Stone, The Plot to Destroy Trump uncovers the biggest political scandal since Watergate.