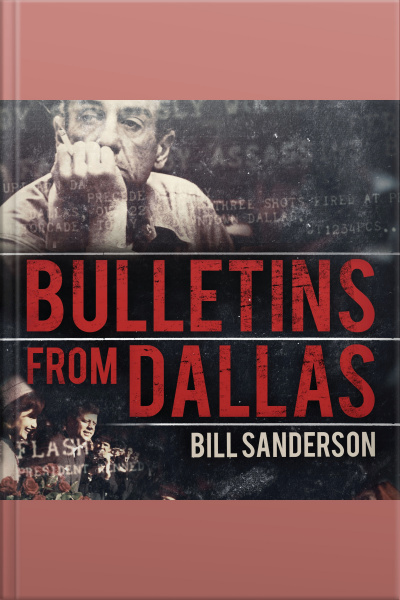 An in-depth look at one of the twentieth century's star reporters and his biggest story.

Thanks to one reporter's skill, we can fix the exact moment on November 22, 1963 when the world stopped and held its breath: At 12:34 p.m. Central Time, UPI White House reporter Merriman Smith broke the news that shots had been fired at President Kennedy's motorcade. Most people think Walter Cronkite was the first to tell America about the assassination. But when Cronkite broke the news on TV, he read from one of Smith's dispatches. At Parkland Hospital, Smith saw President Kennedy's blood-soaked body in the back of his limousine before the emergency room attendants arrived. Two hours later, he was one of three journalists to witness President Johnson's swearing-in aboard Air Force One. Smith rightly won a Pulitzer Prize for the vivid story he wrote for the next day's morning newspapers.

Smith's scoop is journalism legend. But the full story of how he pulled off the most amazing reportorial coup has never been told. As the top White House reporter of his time, Smith was a bona fide celebrity and even a regular on late-night TV. But he has never been the subject of a biography.

With access to a trove of Smith's personal letters and papers and through interviews with Smith's family and colleagues, veteran news reporter Bill Sanderson will crack open the legend. Bulletins from Dallas tells for the first time how Smith beat his competition on the story, and shows how the biggest scoop of his career foreshadowed his personal downfall.

Skyhorse Publishing, as well as our Arcade imprint, are proud to publish a broad range of books for readers interested in history--books about World War II, the Third Reich, Hitler and his henchmen, the JFK assassination, conspiracies, the American Civil War, the American Revolution, gladiators, Vikings, ancient Rome, medieval times, the old West, and much more. While not every title we publish becomes a New York Times bestseller or a national bestseller, we are committed to books on subjects that are sometimes overlooked and to authors whose work might not otherwise find a home.