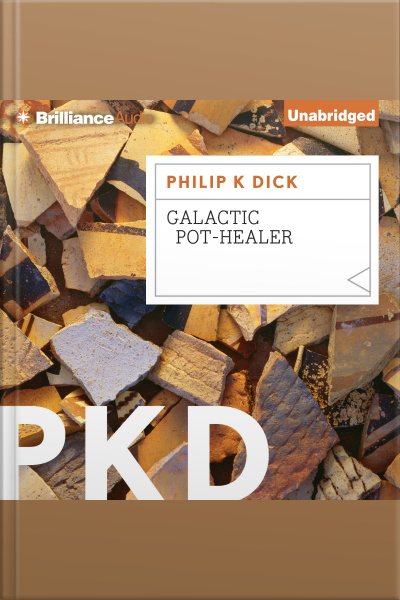 Sometimes even gods need help. In Galactic Pot-Healer that god is an alien creature known as the Glimmung, which looks alternately like a flaming wheel, a teenage girl, and a swirling mass of ocean life. In order to raise a sunken city, he summons beings from across the galaxy to Plowman's Planet. Joe Fernwright is one of those summoned, needed for his skills at pot-healing - repairing broken ceramics. But from the moment Joe arrives on Plowman's Planet, things start to go awry. Is the Glimmung good or evil? Are Joe and his friends helping to save Plowman's Planet or destroy it? Told as only Philip K. Dick can, Galactic Pot-Healer is a wildly funny tale of aliens, gods, and ceramics.