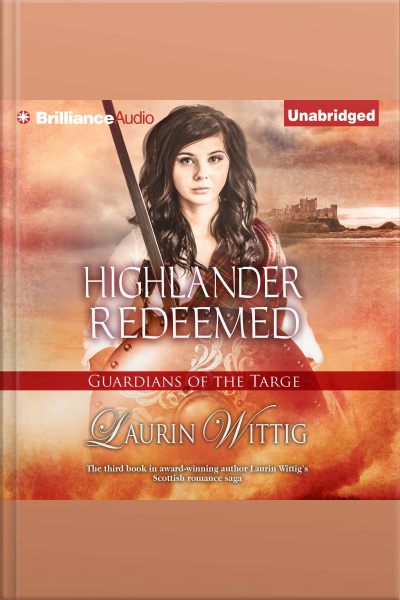 Scotia MacAlpin may be only eighteen years old, but she's no stranger to trouble. Her latest incident-which resulted in a death and forced her clan into battle-has made her an outcast among her exiled people. Scotia is tired of being ignored and overshadowed by her sister, a gifted Guardian of the Targe, and she's become hell-bent on destroying the army out to capture the ancient Highland relic for their English king.

Duncan of Dunlairig has looked out for Scotia since she started to walk. She was as restless and reckless then as she is now-only the stakes have become higher and more perilous. While the rest of Clan MacAlpin ostracizes her, Duncan secretly helps Scotia become the warrior she yearns to be. But the real test of her skills may come when he needs her help-and her long-forgotten heart-in this thrilling and romantic Guardians of the Targe tale.