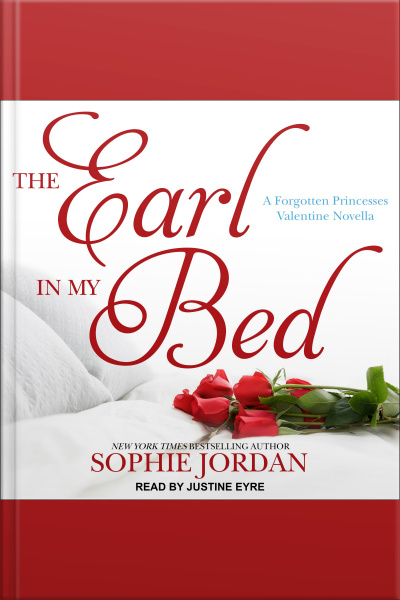 The Earl in My Bed

The Earl in My Bed, a Valentine novella from New York Times bestselling author Sophie Jordan, is a lively, sexy historical romance that bridges Lessons from a Scandalous Bride and the final installment of the popular Forgotten Princesses series.

All her life, everyone assumed Paget Ellsworth, the vicar's daughter, would marry the Earl of Winningham's youngest son. And when he left for war with his older brother, Jamie, words and promises were not necessary.

Four years pass and the death of his father forces Jamie home to take up the reins as the new earl, leaving his brother fighting on the front lines a world away. Maddening, infuriating, sexy Jamie makes her question her feelings. One glimpse, one word from him, awakens desire in her heart. When a simple kiss spirals out of control at the annual Valentine's Day ball, she realizes the man she never wanted is the man she needs . . . Will Paget cast aside all she's ever thought to be true to win the man of her dreams?