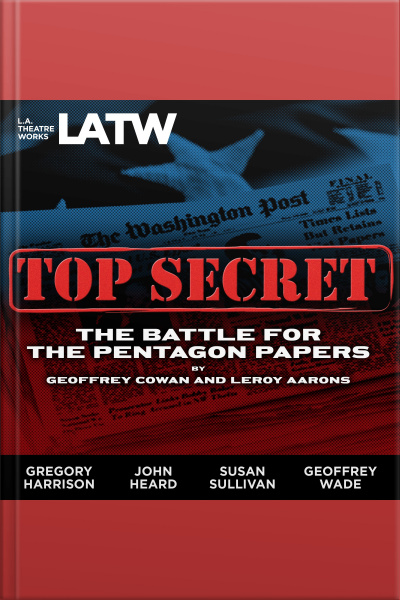 Top Secret The Battle for the Pentagon Papers (2008 Tour Edition)

Geoffrey Cowan and Leroy Aarons’ timely docudrama about The Washington Post’s decision to publish the Pentagon Papers, a top secret study documenting U.S. involvement in Vietnam. The subsequent trial tested the parameters of the First Amendment, pitting the public’s right to know against the government’s desire for secrecy.

Directed by John Rubinstein. Recorded before a live audience at the Skirball Cultural Center, Los Angeles in March of 2008.