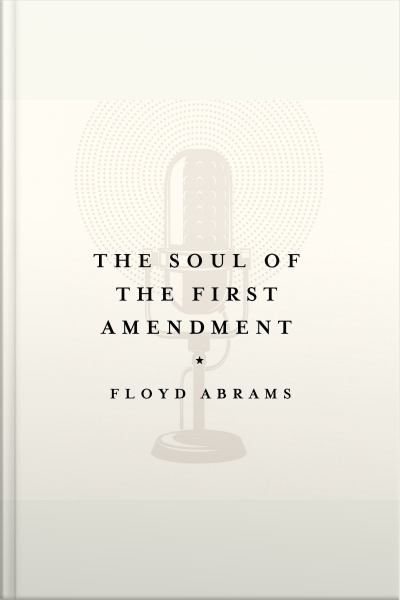 The Soul of the First Amendment

A lively and controversial overview by the nation's most celebrated First Amendment lawyer of the unique protections for freedom of speech in America.

The right of Americans to voice their beliefs without government approval or oversight is protected under what may well be the most honored and least understood addendum to the US Constitution—the First Amendment. Floyd Abrams, a noted lawyer and award-winning legal scholar specializing in First Amendment issues, examines the degree to which American law protects free speech more often, more intensely, and more controversially than is the case anywhere else in the world, including democratic nations such as Canada and England.

In this lively, powerful, and provocative work, the author addresses legal issues from the adoption of the Bill of Rights through recent cases such as Citizens United. He also examines the repeated conflicts between claims of free speech and those of national security occasioned by the publication of classified material such as was contained in the Pentagon Papers and was made public by WikiLeaks and Edward Snowden.