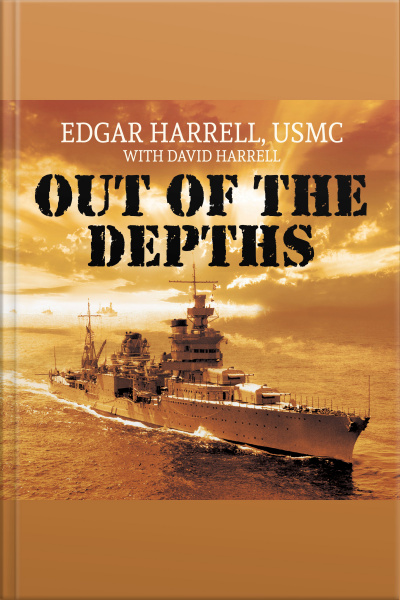 Out of the Depths An Unforgettable WWII Story of Survival, Courage, and the Sinking of the USS Indianapolis

July 30, 1945-The USS Indianapolis and its 1,196-man crew is making its way toward a small island in the South Pacific. The ship is sailing unescorted, assured by headquarters the waters are safe. It is midnight, and Marine Edgar Harrell and several others have sacked out on deck rather than spend the night in their hot and muggy quarters below. Fresh off a top-secret mission to deliver uranium for the atomic bombs that would ultimately end World War II, they are unaware their ship is being watched. Minutes later, six torpedoes are slicing toward the Indy . . .

For five horrifying days and nights after their ship went down, Harrell and his shipmates had to fend for themselves in the open seas. Plagued by dehydration, exposure, saltwater poisoning, and shark attacks, their numbers were cruelly depleted before they were miraculously rescued. This is one man's story of courage, ingenuity, and faith in God's providence in the midst of the worst naval disaster in U.S. history.