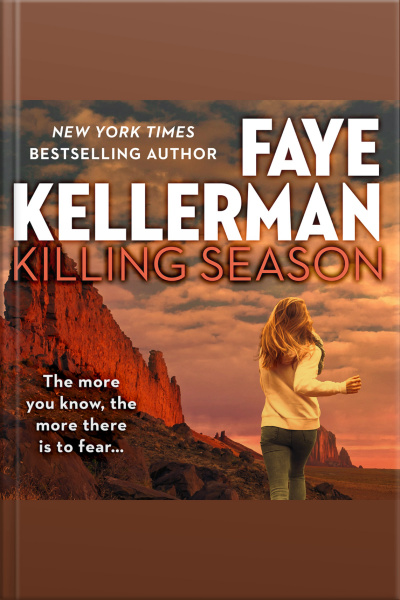 Killing Season The more you know, the more there is to fear...

New York Times bestselling author Faye Kellerman delivers an electrifying novel of suspense as a young man’s investigation into his sister’s death draws him into the path of a sadistic serial killer.

He went searching for the truth. Now a killer has found him.

Three years ago, fifteen-year-old Ellen Vicksburg went missing in a quiet town in New Mexico. On the first anniversary of her death, her brother Ben found her body in a shallow grave by the river’s edge.

The police believe she was the victim of a known psychopath. But Ben continues to pore over the evidence and finds patterns that link Ellen’s case to similar unsolved murders.

Soon, a picture emerges of a ruthless killer, and Ben’s obsession marks him as a threat. Will he uncover the truth in time to keep him and those he loves safe?