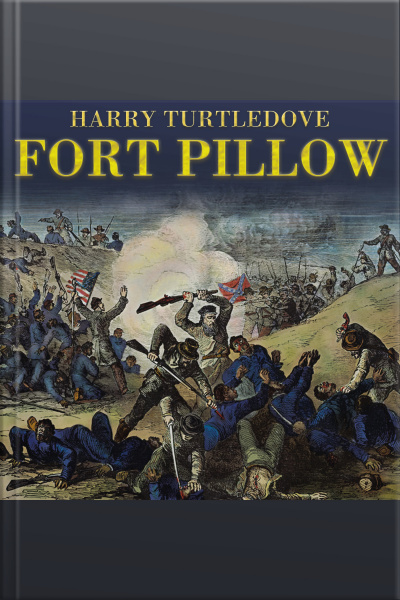 Fort Pillow A Novel of the Civil War

In April 1864, the Union garrison at Fort Pillow was composed of almost 600 troops, about half of them black. The Confederacy, incensed by what it saw as a crime against nature, sent its fiercest cavalry commander, Nathan Bedford Forrest, to attack the fort with about 1,500 men. The Confederates overran the fort and drove the Federals into a deadly crossfire. Only sixty-two of the colored Union troops survived the fight unwounded. Many accused the Confederates of massacring the black troops after the fort fell, when fighting should have ceased. The "Fort Pillow Massacre" became a Union rallying cry and cemented resolve to see the war through to its conclusion.

Harry Turtledove has written a dramatic re-creation of an astounding battle, telling a bloody story of courage and hope, freedom and hatred. With brilliant characterizations of all the main figures, this is a novel that reminds us that Fort Pillow was more than a battle-it was a clash of ideas between men fighting to define what being an American ought to mean.