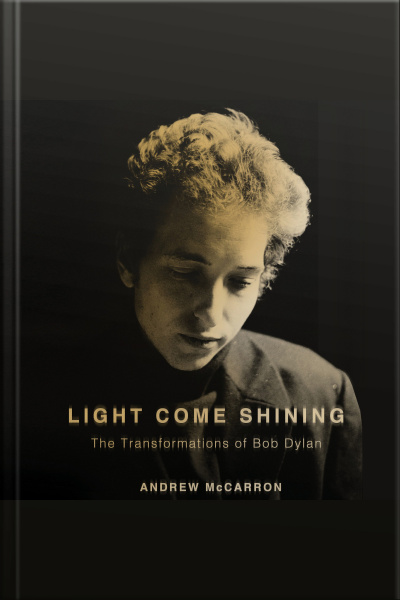 Bob Dylan is the prince of self-reinvention and deflection. Whether it's the folkies of Greenwich Village, the student movement of the 1960s and 1970s, Born Again Christians, the Chabad Lubavitch community, or English Department postmodernists, specific intellectual and sociopolitical groups have repeatedly claimed Bob Dylan as their spokesperson. But in the words of filmmaker Todd Haynes, who cast six actors to depict different facets of Dylan's life and artistic personae in his 2009 film I'm Not There, "The minute you try to grab hold of Dylan, he's no longer where he was."

In Light Come Shining, writer Andrew McCarron uses psychological tools to examine three major turning points - or transformations - in Bob Dylan's life: the aftermath of his 1966 motorcycle "accident," his Born Again conversion in 1978, and his recommitment to songwriting and performing in 1987. With fascinating insight, McCarron reveals how a common script undergirds Dylan's self-explanations of these changes; and, at the heart of this script, illuminates a fascinating story of spiritual death and rebirth that has captivated us all for generations.