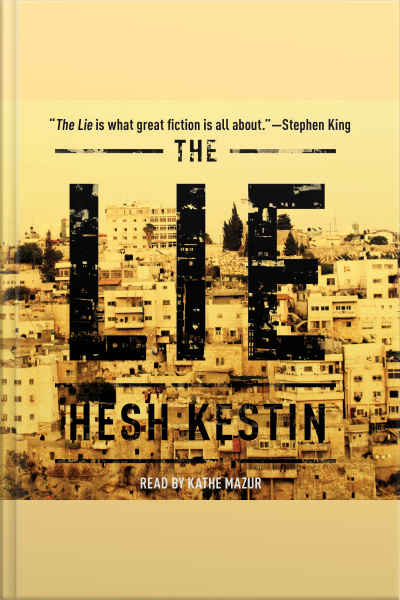 The Lie: A Novel

A provocative thriller about a dynamic Israeli lawyer—famous for defending accused Palestinians—whose views are tested when her own son is taken captive by Hezbollah: “The Lie is what great fiction is all about” (Stephen King).

Dahlia Barr is a devoted mother, soon-to-be divorced wife, lover of an American television correspondent. She is also a brash and successful Israeli attorney who is passionate about defending Palestinians accused of terrorism. One day, to her astonishment, the Israeli national police approach Dahlia with a tantalizing proposition: Join us, and become the government’s arbiter on when to use the harshest of interrogation methods—what some would call torture. Dahlia is intrigued. She has no intention of permitting torture, but can she change the system from within? She takes the job.

As Dahlia settles into her new role, her son Ari, a twenty-year-old lieutenant in the Israel Defense Forces, is kidnapped by Hezbollah and whisked over the border to Lebanon. The one man who may hold the key to Ari’s rescue is locked in a cell in police headquarters. He is an Arab who has a long and complicated history with Dahlia. And he’s not talking. Yet.

A nail-biting thriller that “will stay with you” (The New York Times Book Review), The Lie is an unforgettable story of human beings on both sides of the terror equation whose lives turn out to share more in common than they ever could have imagined. “An utterly riveting thriller that is likely to rank as one of the year’s best…The Lie has everything: memorable characters, a compelling plot, white-knuckle military action, and an economy and clarity of prose that is direct, powerful, and at times beautiful” (Booklist, starred review).