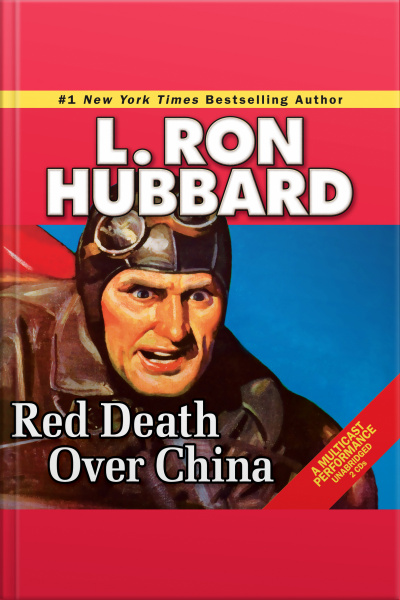 It is one of the greatest conflicts—and a pivotal turning point—in history ... the Chinese civil war. On one side stands Chiang Kai-shek and the Nationalists. On the other, Mao Zedong and the Communists. And their forces are about to meet in a decisive battle ... the outcome of which is in the hands of one American pilot, John Hampton, a man who couldn’t care less ...
He’s a mercenary, flying for the highest bidder, his only loyalty to himself and to cold hard cash. He has nothing to believe in, and nothing to lose. But just as this is a critical moment in history, so, too, is it about to become a defining moment in Hampton’s life.
What is the extraordinary experience that has the power to penetrate Hampton’s armor of cynicism and touch his heart? What is it that makes him see that there are things, other than money, that are worth fighting—and maybe even dying—for? The surprising answers spur him to undertake the ultimate mission in Red Death Over China.
Also includes the flying adventures “The Crate Killer,” in which a test pilot uses up his nine lives parachuting nine times from crumbling planes, only to discover that his tenth flight presents the biggest challenge of all; and “Wings Over Ethiopia,” the story of a pilot captured and accused of being a spy by both sides in a war—and his only means of escape is through the lens of a camera.
War in the air and history in the making both come alive as the audio version of Red Death Over China follows one man’s flight from cynicism to sacrifice.
“Highly recommended for aviation action/adventure pulp fiction.” —Midwest Book Review