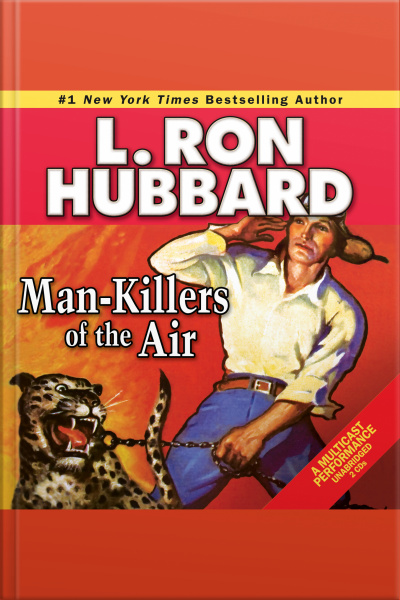 Man-killers Of The Air

There’s not a dare Smoke Burnham won’t take, and there’s not a wager he won’t make. Now he’s betting his life that he can fly his plane, Super Comet—with his pet cheetah Patty coming along for the ride—across the mountains and jungles of South America to a prize-winning payday.
All he has to do is out-race the competition, out-maneuver a saboteur, and make out with his girl—who’s determined to bring him down to earth. One thing you can count on—in the air, in a fight, or in his girlfriend’s arms—he’s a man who likes to turn up the heat. Because where there’s Smoke, there’s fire.
Set a course for the Andes and the Amazon as the audio version of Man-Killers of the Air takes you on a death-defying flight from heaven to hell and back again.
“A deft musical score with well-chosen sound effects create an audio movie from one of Hubbard's most entertaining adventure stories.” —AudioFile magazine