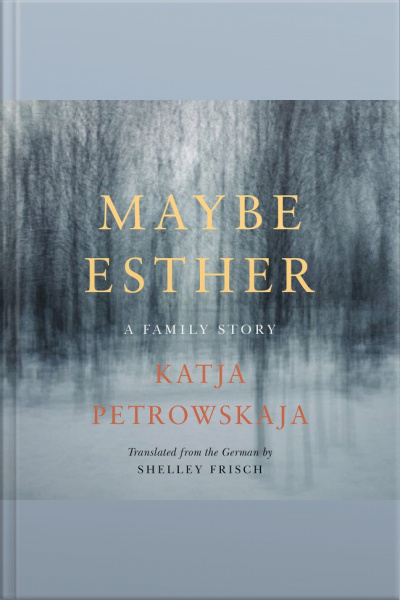 An inventive, unique, and extraordinarily moving literary debut that pieces together the fascinating story of one woman’s family across twentieth-century Russia, Ukraine, Poland, and Germany.

Katja Petrowskaja wanted to create a kind of family tree, charting relatives who had scattered across multiple countries and continents. Her idea blossomed into this striking and highly original work of narrative nonfiction, an account of her search for meaning within the stories of her ancestors.

In a series of short meditations, Petrowskaja delves into family legends, introducing a remarkable cast of characters: Judas Stern, her great-uncle, who shot a German diplomatic attaché in 1932 and was sentenced to death; her grandfather Semyon, who went underground with a new name during the Bolshevik Revolution in Russia, forever splitting their branch of the family from the rest; her grandmother Rosa, who ran an orphanage in the Urals for deaf-mute Jewish children; her Ukrainian grandfather Vasily, who disappeared during World War II and reappeared without explanation forty-one years later—and settled back into the family as if he’d never been gone; and her great-grandmother, whose name may have been Esther, who alone remained in Kiev and was killed by the Nazis.

How do you talk about what you can’t know, how do you bring the past to life? To answer this complex question, Petrowskaja visits the scenes of these events, reflecting on a fragmented and traumatized century and bringing to light family figures who threaten to drift into obscurity. A true search for the past reminiscent of Jonathan Safran Foer’s Everything Is Illuminated, Daniel Mendelsohn’s The Lost, and Michael Chabon’s Moonglow, Maybe Esther is a poignant, haunting investigation of the effects of history on one family.