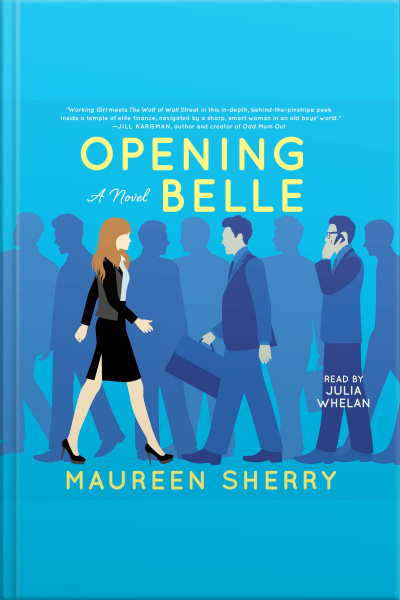 Maureen Sherry’s funny insider novel about a female Wall Street executive also trying to be a mother and a wife is a “compulsively readable…cheeky—and at times, romantic—battle-cry for any woman who’s ever strived to have it all and been told by a man that she couldn’t” (Entertainment Weekly).

It’s 2008 and Isabelle, a thirty-something Wall Street executive, appears to have it all: the sprawling Upper West Side apartment; three healthy children; a handsome husband; and a job as managing director at a large investment bank. But her reality is something else. Her work environment resembles a frat party, her husband feels employment is beneath him, and the bulk of childcare logistics still fall in Belle’s already crowded lap.

Enter Henry, the former college fiancé she never quite got over; now a hedge fund mogul. He becomes her largest client, and Belle gets to see the life she might have had with him. While Henry campaigns to win Belle back, the sexually harassed women in her office take action to improve their working conditions, and recruit a wary Belle into a secret “glass ceiling club” whose goal is to mellow the cowboy banking culture and get equal pay for their work. All along, Belle can sense the financial markets heading toward their soon-to-be historic crash and that something has to give—and when it does, everything is going to change: her marriage, her career, her bank statement, and her colleagues’ frat boy behavior.

Optioned by Reese Witherspoon who called it “smart, biting, and honest,” Opening Belle is “funny, relevant, and often shocking….Even if your own life is far from a fairy tale, it will allow you to laugh, learn, and maybe even lean in—to hug your own family a little closer.” (The Washington Post).