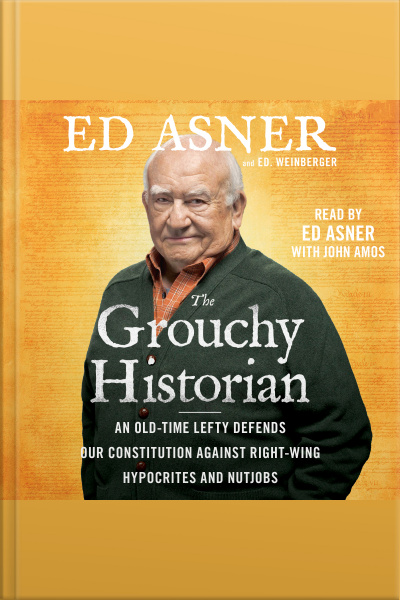 The Grouchy Historian: An Old-time Lefty Defends Our Constitution Against Right-wing Hypocrites And Nutjobs

In “an unabashedly biased, deeply researched book” (SF Gate), Ed Asner—the actor who starred as Lou Grant on The Mary Tyler Moore Show—reclaims the Constitution from the right-wingers who think that they and only they know how to interpret it.

Ed Asner, a self-proclaimed dauntless Democrat from the old days, figured that if the right-wing wackos are wrong about voter fraud, Obama’s death panels, and climate change, they are probably just as wrong about what the Constitution says. There’s no way that two hundred-plus years later, the right-wing ideologues know how to interpret the Constitution. On their way home from Philadelphia the people who wrote it couldn’t agree on what it meant. What was the president’s job? Who knew? All they knew was that the president was going to be George Washington and as long as he was in charge, that was good enough. When Hamilton wanted to start a national bank, Madison told him that it was unconstitutional. Both men had been in the room when the Constitution was written. And now today there are politicians and judges who claim that they know the original meaning of the Constitution. Are you kidding?

In The Grouchy Historian, Ed Asner leads the charge for liberals to reclaim the Constitution from the right-wingers who use it as their justification for doing whatever terrible thing they want to do, which is usually to comfort the comfortable and afflict the afflicted. It’s about time someone gave them hell and explained that progressives can read, too.