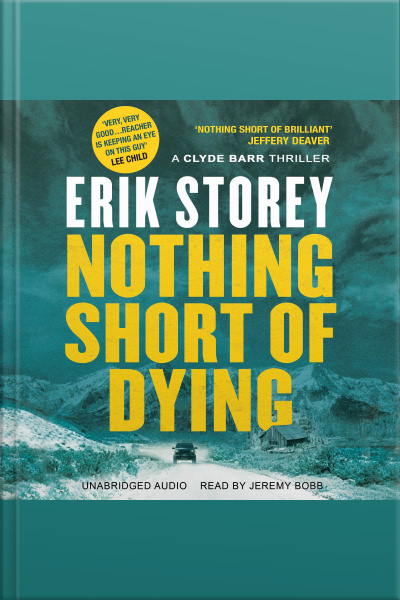 Nothing Short Of Dying: A Clyde Barr Thriller

‘Very, very good. Reacher is keeping an eye on this guy’ LEE CHILD

‘Nothing short of brilliant. It grabs you from page one and simply doesn’t let go’ JEFFERY DEAVER

Clyde Barr has been on the run for sixteen years. Now he’s back in the Colorado wilderness, hoping for some peace and quiet.

Then Clyde receives a frantic phone call for help from his sister Jen. But the line goes dead. She’s been taken.

‘Clyde Barr — remember the name, because he could just become as famous as Lee Child’s anti-hero Jack Reacher. Utterly compelling from the first page...for my money, it will become a worldwide sensation’ DAILY MAIL

'Erik Storey’s writing is exceptional. This is a splendid debut, harsh and gripping throughout' THE TIMES