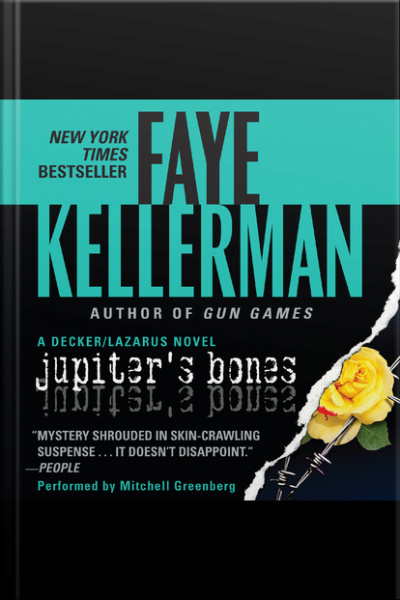 Once Dr. Emil Euler Ganz was a preeminent astrophysicist with a worldrenowned reputation. But then he vanished without any warning to his family or colleagues. Fifteen years later, he reappeared as "Father Jupiter," the founder and charismatic leader of the scientific cult, The Order of the Rings. And now he's dead--a vial of sleeping pills and an empty bottle of vodka standing near his lifeless body.

Was Ganz's death an accident? Suicide? Or did someone hasten Jupiter prematurely out of this world? These are the questions LAPD Lieutenant Peter Decker and his Homicide team are determined to answer as they enter the cult's fortresslike compound. But the dead leader's four "privileged" attendants make it clear that the police are not welcome there--and the mysterious disappearance of two of the Order's members, including a child, turns an already uncomfortable situation even uglier and more incendiary. Decker will need more than the wisdom and support of his wife, Rina Lazarus, to defuse a ticking time bomb of jealousy, greed, bizarre hidden pasts, and deadly secrets--one that could explode at any time into mayhem so pernicious that it threatens to destroy a multitude of misguided lives--and scores of helpless, innocent children as well.