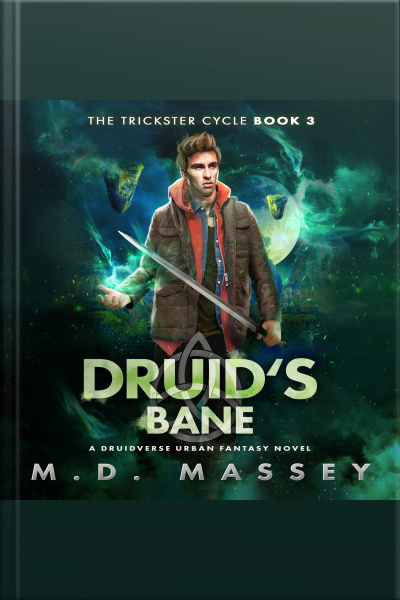 When Colin is called back to Austin by his mystical mentor, he’s faced with a new threat–a bevy of Greek gods who threaten to take over his beloved city!

Colin McCool here, everyone’s favorite smart-aleck druid and all-around trouble magnet. Something supernaturally weird is going on in my town. I leave for six months to another timeline, and the place is on fire when I get back.

As in, literally… on… fire.

Now my girlfriend is missing, the vampire and werewolf factions are at war, the local fae queen has become a lock-in, and a strange cult has popped up that’s somehow connected to this whole mess.

Looks like it’s up to me to lift the curse, keep the factions from killing each other, rescue the queen, and find my missing girlfriend. While I’m at it, maybe I’ll figure out who’s trying to burn my town to the ground—and return the favor.

Sounds like just another Tuesday for Austin’s most eligible over-caffeinated druid. A little kicking butt and taking names, and I'll have this mystery wrapped up in no time. Dimes to donuts, I’ll be back at my pad sipping Ben Milam by the evening whistle…

Druid’s Bane is an urban fantasy romp through modern-day Austin, Texas, and realms inhabited by the Greek gods of chaos and madness.

Grab your copy today and find out what 200,000+ book lovers already know… that M.D. Massey’s Druidverse is a world tailor-made for fans of urban fantasy and paranormal suspense!