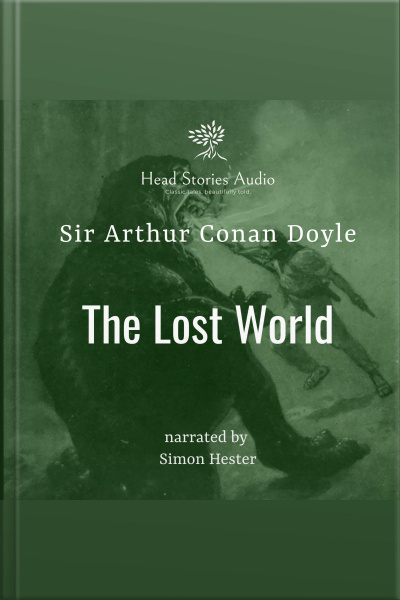 So accustomed are we to numerous cinematic films depicting Dinosaurs (resurrected from their extinction through various dramatic devices) running amok amongst the human race, from King Kong to Jurassic Park, that we forget that it was the creator of Sherlock Holmes who was amongst the first to imagine such a scenario.

After so many years of the cerebral Holmes, Conan Doyle must have revelled in his colourful new character of Professor Challenger. He is a bear of a man with an appetite for self-advancement, adventure and controversy who leads an expedition into the forests of South America to vindicate his claim that a lost world lay hidden in that vast continent.

This is Conan Doyle away from the constraints of Baker Street and one gets the feeling that the author makes the most of the possibilities, pitting his heroes against dinosaurs, treacherous guides, inhospitable terrain and not least a race of vicious ape men.

Conan tells his rip-roaring adventure with all his usual descriptive skill and verve.