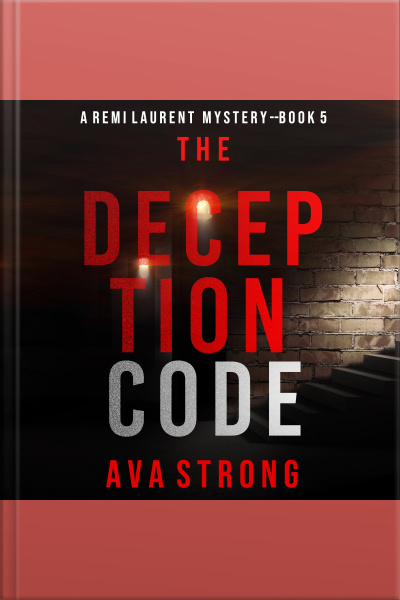 A billionaire is murdered and an ancient Egyptian relic is missing, one rumored to be cursed—and to be a clue to the greatest lost tomb ever known. The FBI needs brilliant history professor Remi Laurent more than ever as the case sends them on a wild hunt across the globe. Can she stop him in time?

THE DECEPTION CODE (A Remi Laurent FBI Suspense Thriller) is book #5 in a new series by mystery and suspense author Ava Strong, which begins with THE DEATH CODE (Book #1).

FBI Special Agent Daniel Walker, 40, known for his ability to hunt killers, his street-smarts, and his disobedience, is singled out from the Behavioral Analysis Unit and assigned to the FBI’s new Antiquities unit. The unit, formed to hunt down priceless relics in the global world of antiquities, has no idea how to enter the mind of a murderer.

Remi Laurent, 34, brilliant history professor at Georgetown, is the world’s leading expert in obscure historic artifacts. Shocked when the FBI asks for her help to find a killer, she finds herself reluctantly partnered with this rude American FBI agent. Special Agent Walker and Remi Laurent are an unlikely duo, with his ability to enter killers’ minds and her unparalleled scholarship, the only thing they have in common, their determination to decode the clues and stop a killer.

The lost Egyptian relic points to many ancient Egyptian clues, all thought to have been dead ends, and leaves Remi just hours to decode a puzzle that has baffled archeologists for centuries. What exactly is the killer after? Where does he think the clues will lead him?

And can Remi outsmart him in time?

An unputdownable crime thriller featuring an unlikely partnership between a jaded FBI agent and a brilliant historian, the REMI LAURENT series is a riveting mystery, grounded in history, and packed with suspense and revelations that will leave you continuously in shock, and flipping pages late into the night.