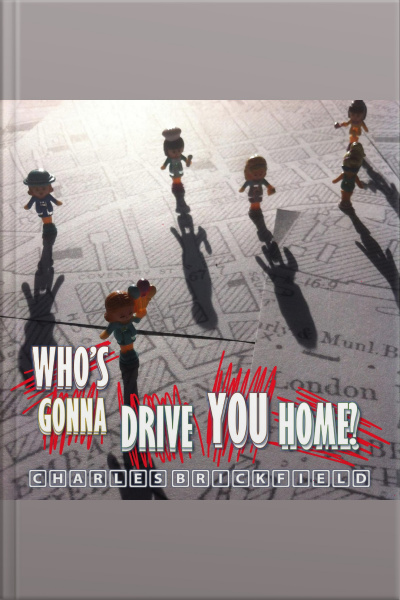 Who's Gonna Drive You Home? 50 days driving Uber in London

Adapted from the 2015 book Bad Uber, an unintentional antiwork novel. A true account of leaving a worthy career to join the gig economy.

As the Uber phenomenon takes over London with its minicab booking app, destroying the trade of the world-famous black cab, trampling history under wheel and smashing prices, Charles Brickfield brings us the life of an Uber driver.

This audiobook tracks his first fifty days - from complete novice, to the Christmas party season and New Year's Eve, through to the so called 'Kipper Season'. Brim full of anecdotes delivered with pathos and humour in equal measure, Brickfield offers an authentic voice, not a cynic, just one of the thousands who needed a job and chose to work the night shift, to tickle London’s underbelly as time is called at the bar. Brickfield may be an inept driver, but he is an extremely adept author.

As we speak, the map of London is live and the giant game of cat and mouse is in play.

Five stars, old boy! Thanks for the ride.