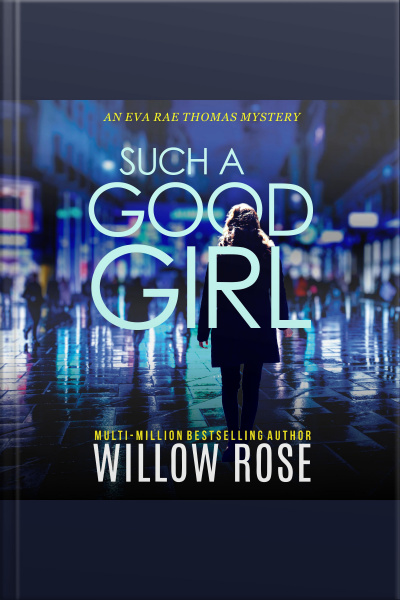 Such a Good Girl

FBI-profiler Eva Rae Thomas faces a devious plan in best-selling author Willow Rose’s blood-rushing thriller of murder and revenge. A girl falls from the penthouse floor of an apartment in Washington, DC. Media Mogul Richard Wanton owns the apartment and is seen standing on the balcony when the girl falls. He is accused of killing her, but the FBI struggles to find enough solid evidence to convict him. They have a witness, someone who was in the apartment when it happened, but she doesn’t want to talk to them. She’ll only speak to one person, ex-FBI profiler Eva Rae Thomas. The problem is, Eva Rae Thomas has no interest in talking to her. As a matter of fact, she’d rather see this woman dead than have to face her. But Eva Rae Thomas isn’t someone who can leave a case alone, especially not when she starts to ask questions and things aren’t adding up. As she digs in deeper - with the entire world watching - she soon finds herself in too deep and realizes she can’t trust anyone’s motives. But by then, it is too late, and the killer is already tracking her down.