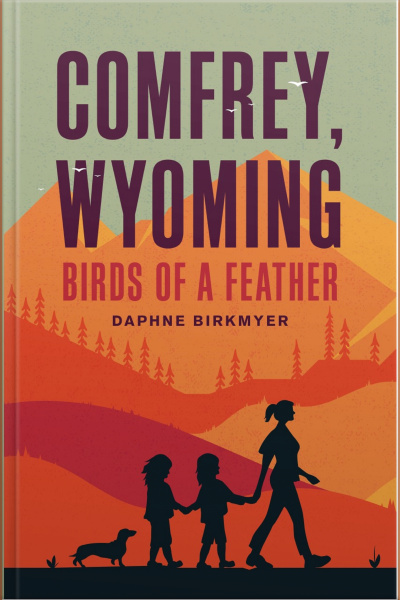 COMFREY, WYOMING: Birds of a Feather

Against a backdrop of high prairie winds and soaring, snow-capped peaks, an uneasy friendship makes its final appeal when the words 'Aunt Heidi' and a phone number are found written on the arm of a five-year-old Arapaho child.

When Heidi Vogel arrives in New York to open a restaurant, the ambitious young German-born chef could never imagine that six years later, she would be managing a soup kitchen in Wyoming and sharing her home with an abandoned dog and a secretive young woman named Nara Crow.

The birth of Nara's identical twins soothes the ache Heidi has felt since the death of her own baby, but sends Nara back into a depression that has haunted her for years. When Nara disappears with the children and Heidi's exhaustive search reveals no leads, Heidi is forced to consider a painful truth-Nara may not want to be found-and the life she thought they were building together was nothing but a charade.

Just as Heidi decides it is time to move on, an unexpected phone call thrusts her into the ignorant world that confronts a transgender child.