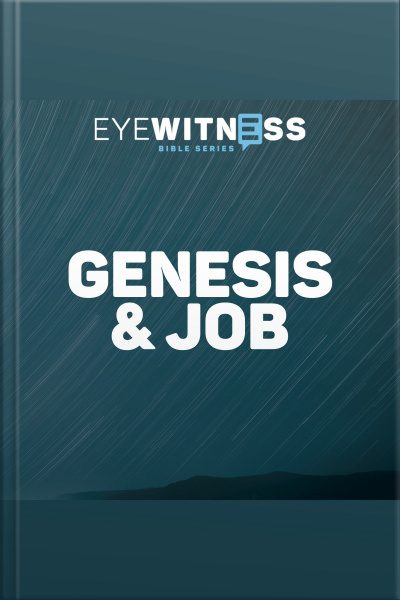 An ancient African proverb imparts wisdom about tackling huge projects: “How does one person eat a whole elephant? One bite at a time.” Genesis & Job is the first bite of Eyewitness Bible Series in tackling the Old Testament. The most casual reader soon recognizes the majority of the writings of the Old Testament have to do with the history of the Israelites (also known as Hebrews or Jews). Embedded in the Old Testament is a wealth of knowledge about God and his character, books of poetry and proverbs, and a host of prophecies. Genesis & Job describes the creation of Earth, gives the history of all mankind, and describes a brief history of the Israelite nation from its beginning until it moves to Egypt. All of Genesis is saturated with knowledge about God, his power, and his relationship with mankind. Job is a story of an ancient man, his struggles, and his dealings with God. Although nothing is absolutely clear concerning the time period of his life, it seems as if Job lived in the time before the Israelite nation existed. Eyewitness Bible Series continues to explore the Old Testament in Promised Land and Prophets and Kings.