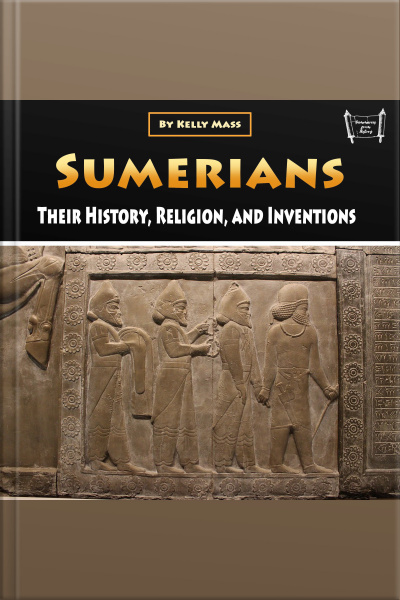 Sumerians Their History, Religion, and Inventions

The Sumerians were the people from Sumer, the first recognized society in the historic area of southern Mesopotamia (now southern Iraq), developed throughout the 6th and 5th centuries BC throughout the Chalcolithic and early Bronze Ages. In addition to age-old Egypt, the Caral-Supe culture, the Indus Valley civilization, the Minoan civilization, and age-old China, it is also one of the world's early civilizations. Sumerian farmers who lived along the Tigris and Euphrates valleys grew a great deal of grain and other items, which allowed them to establish metropolitan towns. Before 3000 BC, there was proto-writing. The earliest files date from between 3500 and 3000 BC and are from the cities of Uruk and Jemdet Nasr.

Most historical analysts believe that Sumer was first completely occupied between c. 5500 and 4000 BC by a West Asian population who spoke the Sumerian language, a non-Semitic and non-Indo-European agglutinative language isolate (as evidenced by the names of cities, rivers, standard professions, and so on). It wasn't an inflected language, in contrast to its Semitic cousins.

Go ahead and get stared, and get to know more about the Sumerians, what they did, who they were, and why so many people know so little about them.