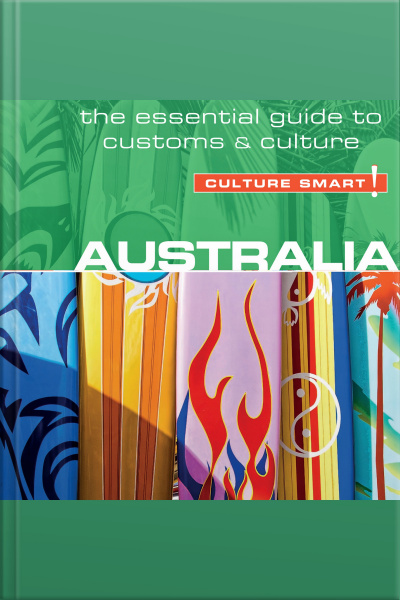 Australia is different-a vast island-continent with distances so great that the capital of Western Australia is closer to Singapore than it is to Sydney. The landscape embraces magnificent tropical rainforests and deserts the size of several European states; temperate areas that sustain a flourishing wine industry, making Australia the world's fourth largest wine exporter; a sixteen-thousand-mile coastline of breathtaking beaches; and its unique fauna is testament to the country's down-underness. Culture Smart! Australia introduces you to a young nation with one of the world's highest standards of living, where people work to live in order to enjoy a lifestyle that many across the globe covet, and in which Australians take great pride (and don't mind telling you about).