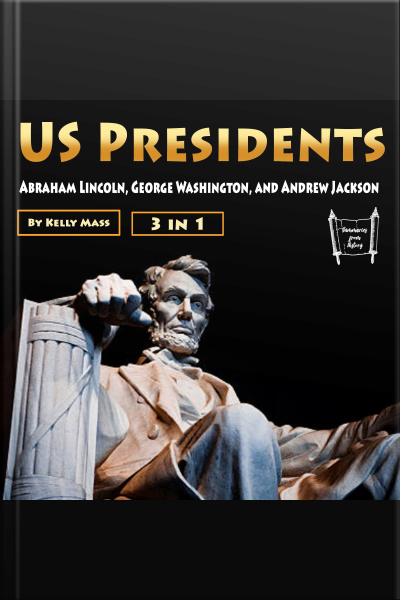 These three United States presidents will be discussed in this book combo:

1 - From 1861 till his assassination in 1865, Abraham Lincoln was an American legal representative and statesman who functioned as the 16th president of the United States. Lincoln led the nation through the American Civil War, preserving the Union, eliminating slavery, enhancing the federal government, and helping the economy of the United States. Lincoln grew up on the frontier, mainly in Indiana, and was born into poverty in a log cabin. He was self-taught and went on to end up being a legal representative, Whig Party leader, Illinois state lawmaker, and member of the U.S.A. Congress for Illinois.

2 - George Washington was an American soldier, statesman, and Founding Father who worked as the nation's first president from 1789 to 1797. Washington was called leader of the Continental Army by the Continental Congress, and he led the Patriot forces to triumph in the American Revolutionary War. He also commanded the Constitutional Convention of 1787, which developed the USA Constitution and a federal government. For his different management throughout the nation's developmental years, Washington has been called the "Father of the Nation."

3 - Andrew Jackson was an American attorney, soldier, and statesman who acted as the seventh president of the U.S. from 1829 to 1837. Jackson rose to prominence as a basic in the US Army and served in both homes of Congress before being chosen to the presidency. Jackson, an expansionist president, defended the rights of the "commoner" and the Union against a "corrupt upper class."