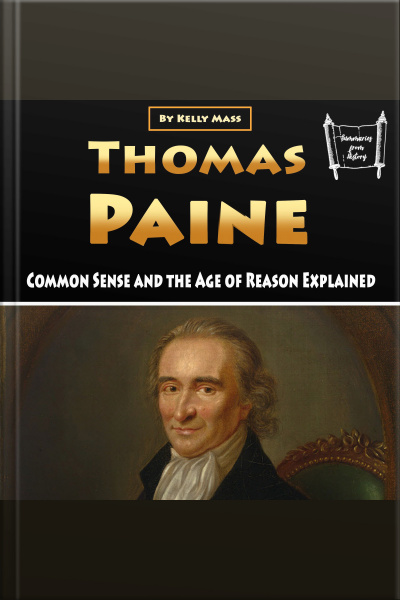 Thomas Paine Common Sense and the Age of Reason Explained

Thomas Paine was a political activist, theorist, political theorist, and revolutionary who was born in England. He wrote 2 of the most popular handouts at the beginning of the American Revolution, Common Sense (1776) and The American Crisis (1776-- 1783) and helped motivate patriots to announce independence from Great Britain in 1776. His thoughts echoed the Knowledge's global human rights concepts.

Paine, who was born in Thetford, Norfolk, relocated to the British American groups with the support of Benjamin Franklin in 1774, in the nick of time to participate in the American Revolution. Practically each rebel read (or heard to a reading of) his 47-page brochure Good sense, which was proportionally the very popular American title of perpetuity and catalyzed the defiant need for independence from Great Britain. The American Crisis was a pamphlet series that promoted for revolution. Paine spent the most of the 1790s in France, where he ended up being deeply immersed in the Reign of terror. He wrote Rights of Man (1791), which was partially a defense to the challengers of the Reign of terror. In 1792, he was tried and found guilty in England for seditious libel in his lack for his attacks on Anglo-Irish conservative author Edmund Burke.

Thomas Paine has certainly left his mark. He’s become a historical figure worth remembering. Let’s explore more about his life and mission in this book.