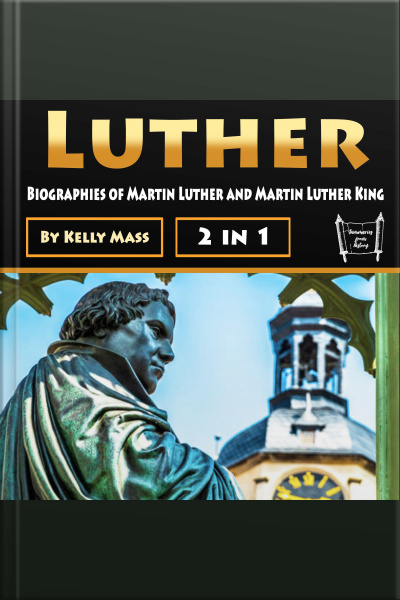 This book consists of 2 titles:

Martin Luther - Martin Luther was a German theologian, priest, author, composer, and previous Augustinian monk who is best recalled as a key figure in the Protestant Reformation and the creator of Lutheranism. In the year 1507, Luther was ordained as a priest. He came to oppose certain Roman Catholic Church theories and practices, specifically the perspective on extravagances. In his Ninety-five Theses of 1517, Luther advised a scholastic evaluation of the practice and effectiveness of extravagances. His rejection to disavow all of his publications at the demand of Pope Leo X in the year 1520 and the Holy Roman Emperor Charles V at the Diet Plan of Worms in the year 1521 culminated in the pope's excommunication and the Holy Roman Emperor's condemnation as a criminal.