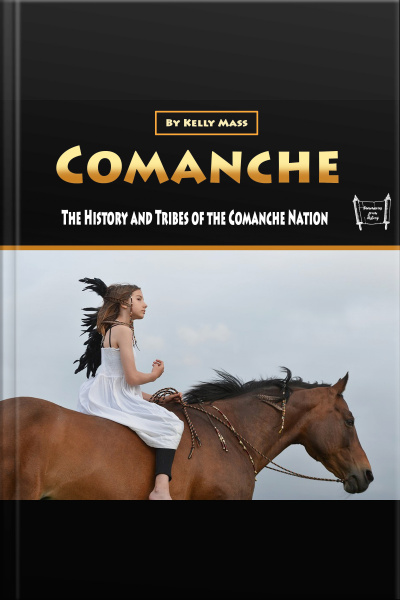 Comanche The History and Tribes of the Comanche Nation

The Comanche are a Native American people from the contemporary United States' Great Plains. Most of contemporary northwestern Texas, and also surrounding parts in eastern New Mexico, southeastern Colorado, southwestern Kansas, western Oklahoma, and northern Chihuahua, were previously part of their historical domain.

The Comanche people are acknowledged by the federal government as the Comanche Country, which is headquartered in Lawton, Oklahoma.

The Comanche language belongs to the Uto-Aztecan family of Numic languages. It started as a Shoshoni dialect, but has since developed into its own language.

In this book, you will learn more about this fascinating tribe.