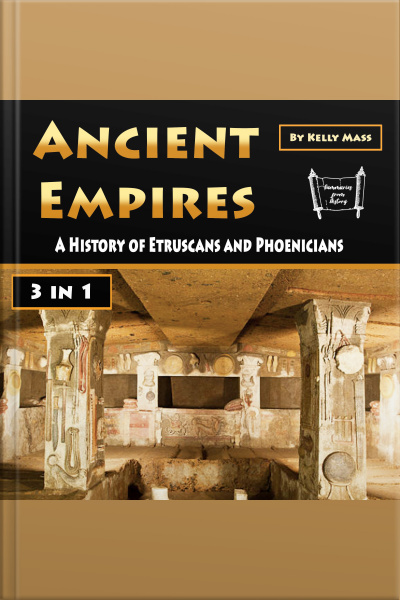 Ancient Empires A History of Etruscans and Phoenicians

This bundle consists of 3 short books, which are about the following subjects:

Subject 1: Nineveh was an age-old Assyrian city in Upper Mesopotamia, near Mosul in modern-day northern Iraq. It was the capital and biggest city of the Neo-Assyrian Empire, and the world's biggest city for some decades, and is on the eastern bank of the Tigris River. It's now a prevalent name for the portion of Mosul that's on the Tigris' eastern bank, and it is also the name of the nation's Nineveh Governorate.

It was the world's largest city for about fifty years till it was sacked by a union of its previous subject tribes, including but not limited to the Babylonians, Medes, Persians, Scythians, and Cimmerians, in the year 612 BC, following a severe period of civil dispute in Assyria.

Subject 2: The term "Phoenicians" describes the people living in Phoenicia, a sometimes-forgotten civilization that was age-old and remarkable. Let's check out the tradition, the history, and the specifics of Phoenicia.

Phoenicia was a thalassocratic (a state with mostly maritime worlds) society that thrived in the eastern Mediterranean's Levant area, mainly in modern-day Lebanon. It was fixated the coast of Lebanon, with some seaside parts of modern-day Syria and Galilee included for good procedure, varying as far north as Arwad and as far south as Acre and perhaps Gaza.

The first proof of an Etruscan society might be traced back to around 900 BC.