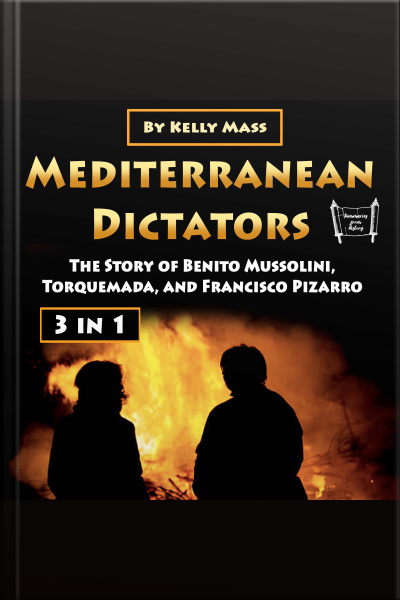 These dictators all lived in Southern European countries. Meet the evil despots called:

Benito Mussolini: Ironically, when we think of fascism, we often look at someone as brutal and influential as Adolf Hitler, but the word “fascism” originated from Italian. The ideology that was carried out in the vicious Spanish War right before World War 2, and was embraced by Nazi Germany, was actually pushed and more or less invented by the Italians during a critical time in history when many changes were made, and when fear and uncertainty were all in the air. Mussolini was efficient and influential. He was a fearless leader not to be trifled with. Let’s take a look at what he did and why.

Torquemada: The Spanish inquisition was nasty in the 15th century. I am glad we don’t live in those times anymore. We have our own problems to deal with here. But back then, in some countries, primarily the Catholic-dominated ones in Europe, being called a heretic, a witch, or a sinner meant business. It could mean the end of your life. And often, you had nothing to defend yourself with. There weren’t enough fancy lawyers to stand up to the Catholic Church. And so, it is with a tragic view on the past that we see countless innocent victims being accused of something they never did, with no bad intentions or rebellious behavior, and nonetheless being executed in brutal manners.

Francisco Pizarro: Conquistadores (or Conquistadors) were the Spanish and Portuguese conquerors who invaded parts of the world that hadn’t been discovered by the Europeans before the 16th century. Some of these conquerors behaved fairly nice and respectful towards the local population in South America, Asia, Africa, and Central America. Others were incentivized by greed, lust, and dominance, which caused them to pillage, steal, and enslave the indigenous people they encountered. Many of their leaders were notorious for their brutality.