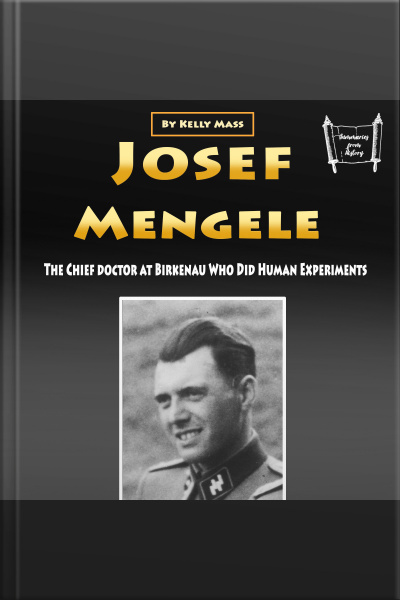 Josef Mengele The Chief Doctor at Birkenau Who Did Human Experiments

Fiction books have been written about him. Documentaries have revealed the horrors he executed on innocent victims in concentration camps in Poland. Meet Dr. Josef Mengele, a man with a twisted mind who had no compassion for the subjects he experimented on. His methods were cruel. His conclusions were inconclusive, and his sadism hardly knew any boundaries.

At the time of The Second World War, Josef Mengele, typically referred to as the Angel of Death, was a German Schutzstaffel (SS) officer and cosmetic surgeon. He is known for his exploits at the Auschwitz prisoner-of-war camp, where he carried out deadly experiments on slaves and belonged of the team of medical professionals that chose victims for the gas chambers and was just one of the medical professionals who administered the gas.

If this is the kind of stuff you like to read about or listen to, then this book is definitely for you. Find out the truth and count yourself lucky that you never fell victim to his sickening methods.