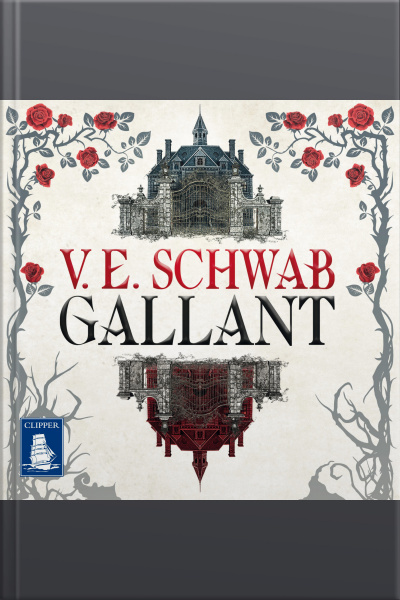 From the Sunday Times-bestselling author of The Invisible Life of Addie LaRue, and A Darker Shade of Magic comes a standalone novel where The Secret Garden meets Stardust.

Sixteen-year-old Olivia Prior is missing three things: a mother, a father, and a voice. Her mother vanished all at once, and her father by degrees, and her voice was a thing she never had to start with. She grew up at Merilance School for Girls. Now, nearing the end of her time there, Olivia receives a letter from an uncle she's never met, her father's older brother, summoning her to his estate, a place called Gallant. But when she arrives, she discovers that the letter she received was several years old. Her uncle is dead. The estate is empty, save for the servants. Olivia is permitted to remain, but must follow two rules: don't go out after dusk, and always stay on the right side of a wall that runs along the estate's western edge. Beyond it is another realm, ancient and magical, which calls to Olivia through her blood…

“A haunting and beautifully tilled garden of darkness, Gallant unearths the shadows—webs of family history, the price of deadly bargains, and the secrets we guard — a triumphant tale that can't be missed.” DHONIELLE CLAYTON, bestselling author.

“These rich, lifelike characters draw the reader in and make this well-realised fantasy impossible to put down”
- Kirkus

“It's a multiple split-screen adventure, with an engaging hero/heroine pair at its center”
- The Wall Street Journal on a Darker Shade of Magic

“This is how fantasy should be done”
- Publishers Weekly