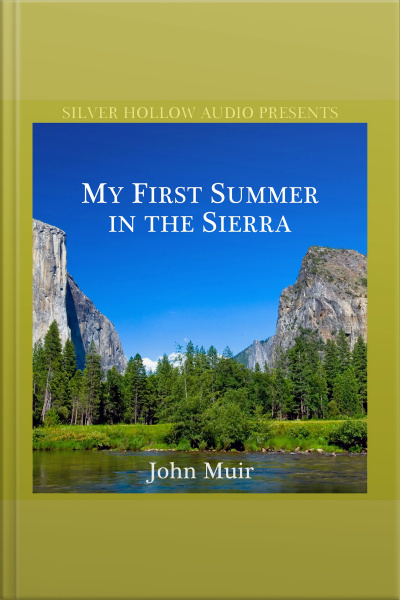 My First Summer in the Sierra

It was June of 1869 when John Muir reluctantly accepted a job herding sheep from the central valley of California to the headwaters of the Merced and Tuolumne Rivers, high into the Sierra Nevadas and deep into the Yosemite region. He felt ill-equipped for the work, and yet the opportunity thrilled his adventurous spirit. With a notebook tied to his belt, he set out for a summer he would never forget.

My First Summer in the Sierra is Muir’s classic account of that extraordinary journey. It was not published until 1911, by which time he had become well known for his work as a naturalist and conservationist. More than a century later, we can still experience Muir’s transcendent joy, as he climbed the mountains, explored the lakes and streams, and studied the region’s flowers and trees. His words have since beckoned countless travelers to Yosemite National Park.

John Muir (1838-1914) was born in Scotland but became a fierce and influential advocate for conserving America’s wilderness. An author of numerous books and articles about travel and nature, he founded the Sierra Club and served as its president until his death.

“Narrator Brett Barry is outstanding; he skillfully captures the language of an earlier America as his poetic delivery matches the beautiful descriptions. A wide audience of conservationists, ecologists, nature lovers, American history fans, and those who merely prefer worthwhile poetic writing will be well rewarded.” – Library Journal, Nov. 2011