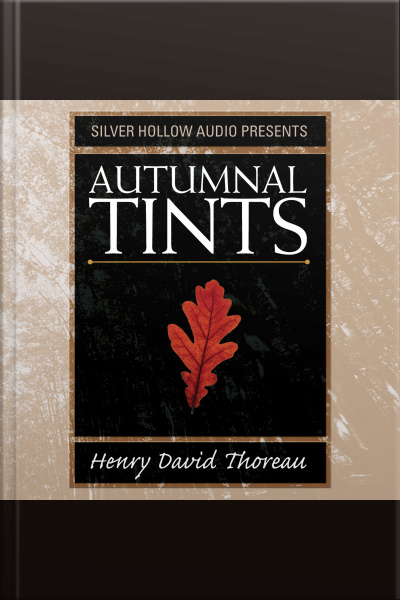 From the purple grasses of August, to the yellow elms of October, to the scarlet oak leaves of November, Henry David Thoreau casts his eye on the brilliant colors of autumn and guides us on a journey through the season’s bounty. In this classic essay, first published in 1862, Thoreau delights in fall’s foliage and reveals both a practical and philosophical understanding of the changing environment.

Henry David Thoreau (1817-1862) is America’s most revered chronicler of nature. His major work, Walden, is a much beloved classic about his years spent in a cabin on the shores of Walden Pond. But Thoreau wrote prolifically during his short life – journal entries, poems, and travelogues, as well as numerous lectures and essays on natural history and social reform.

“Autumnal Tints” is one of Thoreau’s best known essays. Written as a lecture, which he delivered in 1859, the text was first published in the October issue of The Atlantic Monthly, just months after his death in May, 1862.