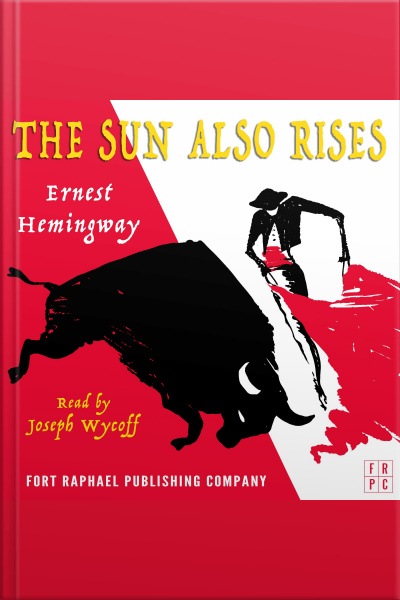 Ernest Hemingway's first novel, "The Sun Also Rises," follows the adventures of a group of young, hard-drinking, American expatriates - which Hemingway refers to as the "Lost Generation" - as they pinball through Europe, from France to Spain and back again. Directionless, disillusioned and fueled by copious amounts of alcohol, narrator Jake Barnes takes the reader into the heart of 1920's Europe, particularly Paris and Pamplona (where the characters witness the infamous running of the bulls and Jake develops as fascination with bullfighting).

At once cynical and satiric, "The Sun Also Rises" was the first cry of a new literary voice that would come to dominate the first half of the 20th century.

The seminal novel from Nobel Prize winner Ernest Hemingway, the book appears here in its unabridged and original format.