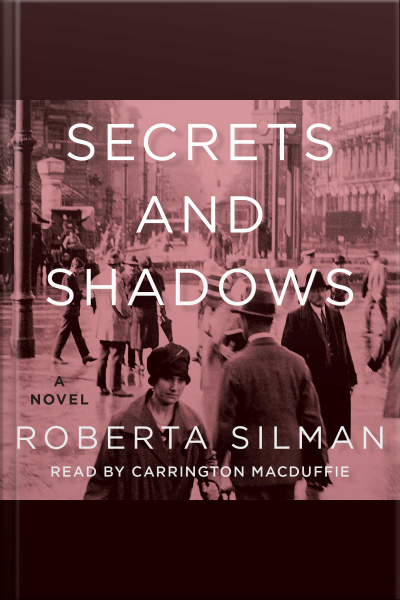 When the Berlin Wall falls in 1989, Paul is finally compelled to confront his past. Seeking one last chance at redemption, he is pulled back to the city where he and his family almost perished.

But how? With whom?

In his anguish Paul turns to his former wife, Eve, and together they embark on a journey they never could have envisioned, a journey during which he is able — at last — to reveal the awful truths he has lived with for so long. A journey where she is able to face her own fears and flaws.

In spare, compassionate prose, Roberta Silman has created vivid, resilient characters who learn that friendship and love can also mean humiliation and betrayal, that kind intentions can lead to unimagined evil. Her portrayal of the growing tension and terror in Berlin leading up to and during the Second World War is unforgettable. She not only explores the many twists and turns of fate; she also shows how the atrocities of the Second World War can reverberate far into the future, long after actual events.

Past and present coalesce in this novel in mysterious, yet inexorable ways. As Eve and Paul face who they really were and now are, we see them accepting each other in entirely new ways. Despite the shocking denouement, both Eve and Paul realize that one of the most important aspects of being human is our ability to forgive. Beautifully narrated by award-winning narrator Carrington MacDuffie.

“Silman’s moving, intricate family saga delves into horrific childhood trauma and how it reverberates for years. Readers looking for the intersection of the historical and the personal will be rewarded.”

"A harrowing story that readers will find compelling to the very end.”