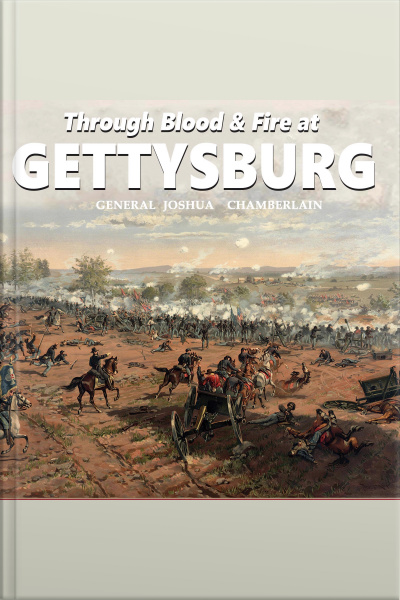 Through Blood And Fire At Gettysburg: General Joshua L. Chamberlain And The 20th Main

During the Battle of Gettysburg, General Chamberlain recounted the story of how he and his twentieth Maine Regiment Volunteers, saved the crucially strategic Little Round Top from the Confederates. By thwarting repeated enemy assaults, through daring and innovation, he was able to save the day and preserve this vital segment of the battlefield for the Army of the Potomac and ultimately the Union. For daring heroism and great tenacity in holding his position on the Little Round Top against repeated assaults and carrying the advance position on the Great Round Top, General Chamberlain was awarded the Medal of Honor. His first-hand account of the action on Little Round Top is presented herein with few minor editing changes. It is embellished with several photographs of key Union commanders. In addition, we have included photograph of monuments erected to those regiments responsible for saving this critical hilltop. By providing this information, it is hoped the reader will better understand and appreciate the courage and sacrifices made by both sides during this epic battle.