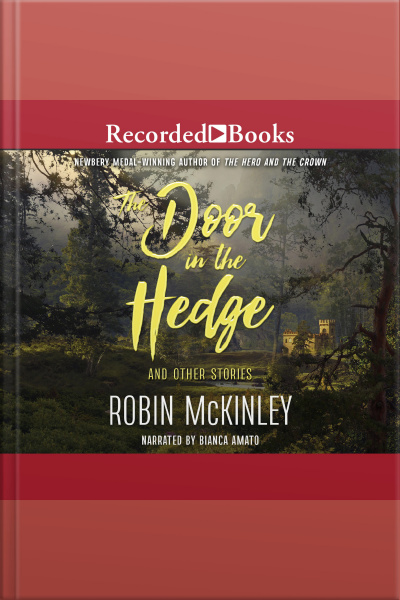 The Door in the Hedge And Other Stories

From ensorcelled princesses to a frog that speaks, an enchanting collection of fairy tales from the Newbery Medal–winning author. The last mortal kingdom before the unmeasured sweep of Faerieland begins has at best held an uneasy truce with its unpredictable neighbor. There is nothing to show a boundary, at least on the mortal side of it; and if any ordinary human creature ever saw a faerie—or at any rate recognized one—it was never mentioned; but the existence of the boundary and of faeries beyond it is never in doubt either. So begins “The Stolen Princess,” the first story of this collection, about the meeting between the human princess Linadel and the faerie prince Donathor. “The Princess and the Frog” concerns Rana and her unexpected alliance with a small, green, flipper-footed denizen of a pond in the palace gardens. “The Hunting of the Hind” tells of a princess who has bewitched her beloved brother, hoping to beg some magic of cure, for her brother is dying, and the last tale is a retelling of the Twelve Dancing Princesses in which an old soldier discovers, with a little help from a lavender-eyed witch, the surprising truth about where the princesses dance their shoes to tatters every night.