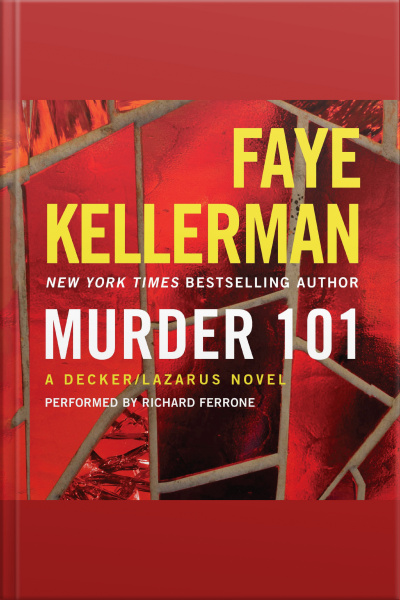 As a detective lieutenant with the LAPD, Peter Decker witnessed enough ugliness and chaos for a lifetime. Now, he and his spirited wife Rina Lazarus are ready to enjoy the quiet beauty of upstate New York, where they can be closer to their four adult children, grandchildren and their foster son, Gabe.

But working for the Greenbury Police department isn't as fulfilling as Decker hoped. While Rina has adapted beautifully to their new surroundings, Decker is underwhelmed and frustrated by his new partner, Tyler McAdams, a former Harvard student and young buck with a bad attitude. But just when he thinks he's made a mistake, Decker is called to an actual crime—a possible break-in at the local cemetery.

At first, it seems like a false alarm until it's discovered that a mausoleum's stunning Tiffany panels have been replaced by forgeries, which escalates into murder. A coed at an exclusive consortium of liberal arts colleges is brutally slaughtered. Poking into the hallowed halls of academia to find a killer, Decker and McAdams are drawn deep into a web of nasty secrets, cold case crimes, international intrigue, and ruthless people who kill for sport. Decker will need to use every bit of his keen mind, his thirty years of experience as Homicide cop, and much-appreciated help from family and old friends to stop a callous killer and uncover a cabal so bizarre that it defies logic.