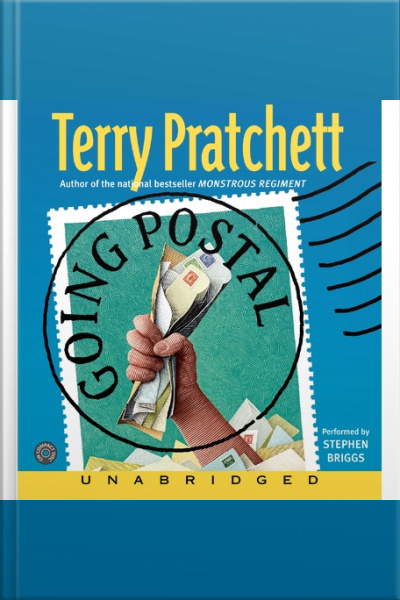 Arch-swindler Moist von Lipwig never believed his crimes were hanging offenses -- until he found himself with a noose around his neck, dropping through a trap door, and falling into ... a government job? Getting the moribund Postal Service up and running again, however, may be an impossible task. Worse, the new Postmaster could swear the mail is talking to him. Worst of all, it means taking on the gargantuan, money-hungry Grand Trunk clacks communication monopoly and its bloodthirsty piratical head, Mr. Reacher Gilt.

But it says on the building NEITHER RAIN NOR SNOW NOR GLO M OF NI T ... Inspiring words (admittedly, some of the bronze letters have been stolen), and for once in his wretched life Moist is going to fight. And if the bold and impossible are what's called for, he'll do it -- to move the mail, continue breathing, get the girl, and deliver that invaluable commodity that everyone requires: hope.