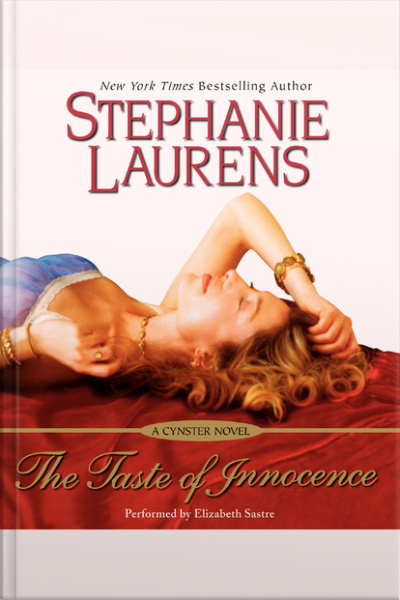 The Taste of Innocence

When New York Times bestselling author Stephanie Laurens created the world of the Cynsters, she introduced readers to aristocratic British society, where arranged marriages are the norm and love is a dangerous indulgence. For no gentleman is this more true than Charles Morwellan, but, as Lord Meredith, he must marry, so he offers for his neighbor Sarah Conningham. She's intelligent enough to run his social life, beautiful enough to grace his arm, and old enough to know the value of his offer. But as a lady of independent means Sarah is unwilling to surrender unless it is for unbounded love.

But he convinces Sarah to give him two weeks to win her, after which, if he succeeds, they will marry immediately. And so begins an intense courtship. By day, Charles and Sarah are models of decorum. Each night they steal away and sensual embraces turn to searing kisses, which soon become much more.

After the wedding, despite nights of insatiable passion, Charles maintains an aloof distance. Sarah battles to prove that true love is a force that can't be contained, but it's only when she's engulfed in a web of increasingly dangerous incidents that Charles discovers how much he's willing to surrender to protect...the taste of innocence.