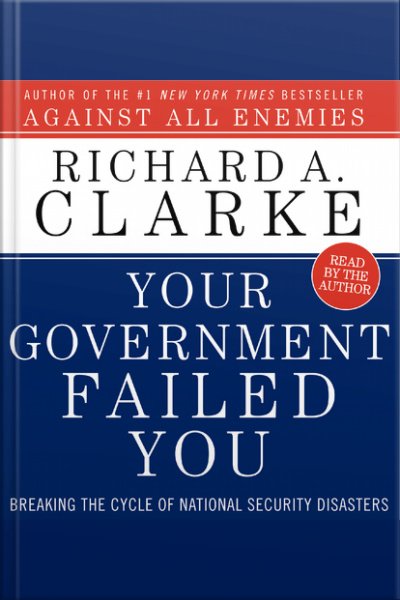 Your Government Failed You

Richard Clarke's dramatic statement to the grieving families during the 9-11 Commission hearings touched a raw nerve across America. Not only had our government failed to prevent the 2001 terrorist attacks, but it has proven itself, time and again, incapable of handling the majority of our most crucial national security issues, from Iraq to Katrina and beyond. This is not just a temporary failure of our current leadership—it is a systemic problem, the result of a pattern of incompetence that must be understood, confronted, and prevented.

In Your Government Failed You, Clarke looks at why these unconscionable failures have continued and how America and the world can succeed against the terrorists. Clarke minces no words in his examination of the breadth and depth of the mediocrity, entropy and collapse endemic in America's national security programs. In order for the United States to stop its string of strategic mistakes, we first need to understand why they happen. Clarke gives us a privileged, if horrifying, inside look into the debacle of the government policies, discovering patterns in the failure and offering ways to stop the cycle once and for all.