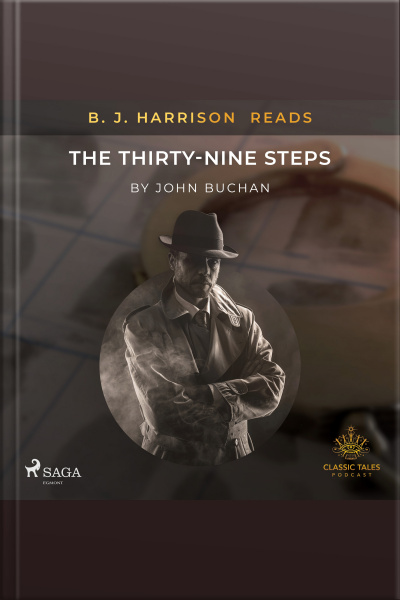 After a long stay in South Africa, Richard Hannay arrives back in London just before the outbreak of World War One. There he meets Franklin Scudder, who claims to be investigating the Black Stone – a German spy organization. Hannay gives a shelter to the man but one day he finds him dead. Now the Scotsman fears that he might be the next one on the Black Stone’s list. Hannay decides to go back to his native Scotland with the notebook Scudder gave him before he was murdered. Who is responsible for Scudder's murder? Is it the Black Stone or it is someone else? How will Hannay be involved in this story? What will he find in the mysterious notebook? Can he deal with the German spy organization on his own?Find all the answers in John Buchan’s adventure novel "The Thirty-Nine Steps" from 1915.